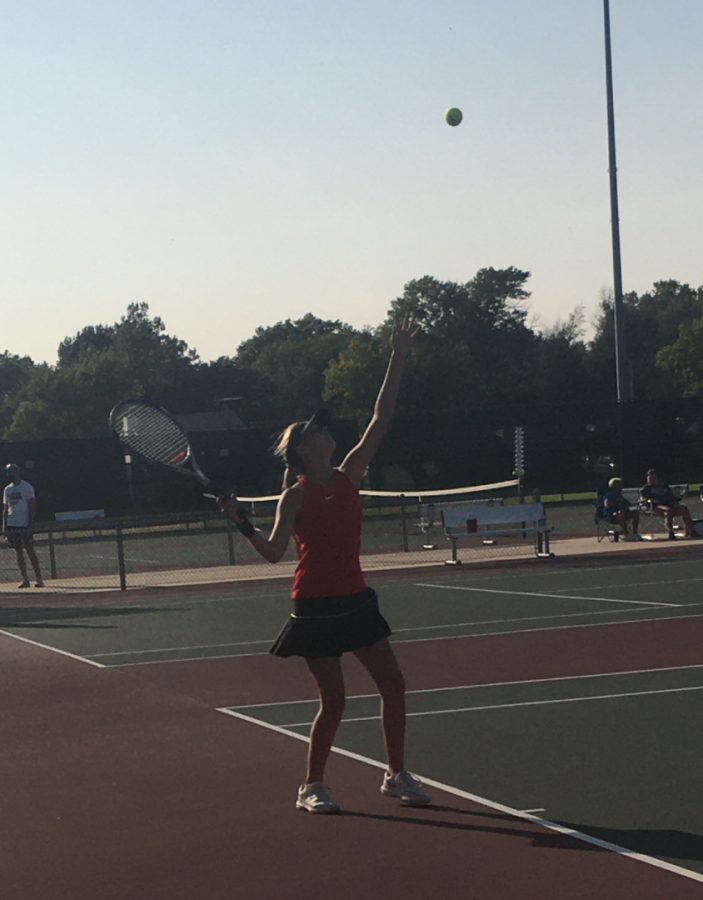 Loghan Engelbrecht tossing up for her serve

Girls JV tennis went to Haysville Campus highschool on Thursday September 17th. Only 6 girls attended but almost all had placed. There were 5 teams total including McPherson.

There were 1 Doubles played by Jordan Martins and Raina Schmidt. Coach Henry Weiner, “It was good to see Jordan (Martins) being aggressive and hitting some angels, some aggressive shots. From the way she played last season, that’s a big improvement for her.”

Coach Weiner, “Overall, the team played really well. Especially for many of them having played in no high school tennis tournaments up to this point. Really proud of how it started slow but fought back and won alot of matches coming from behind.”