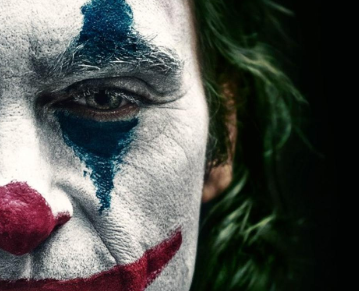 Joker, a realistic view on the life of this notorious villain.

Set in New York, this action packed thriller portrays a “real life” version of the Joker (Arthur Fleck). Arthur is seen as an outcast and works a job as a clown on the street. After later getting fired, he retaliates by killing three guys on a subway train. This event starts riots throughout the city and leads to protesting about the new mayor (Thomas Wayne). Throughout the movie, Arthur seems to think everyone is against him. When finding out the truth about his ‘laughing condition’ and adoption, Arthur takes his mother’s life.

From this point on, he starts to go on a spree. He soon transforms into ‘The Joker’ and makes an appearance on the Murray Franklin Show where he confesses on live television to his killings. After doing so, he takes Murray Franklin’s life and is later imprisoned. This imprisonment doesn’t last for long when he is broken out by protesters. In the midst of all of the rioting, Batman is seen as a young kid and we are shown the famous moment of his parents getting killed. The movie is left incomplete when the ending scene shows him breaking out of a mental hospital. Will there be a second movie coming soon?

If you like action packed movies and enjoy the many Joker and Batman series made, this is something you may like. I took an initial liking to the movie because of how “realistic” they made it. The character was very real and I think that will appeal to many others who watch this movie.