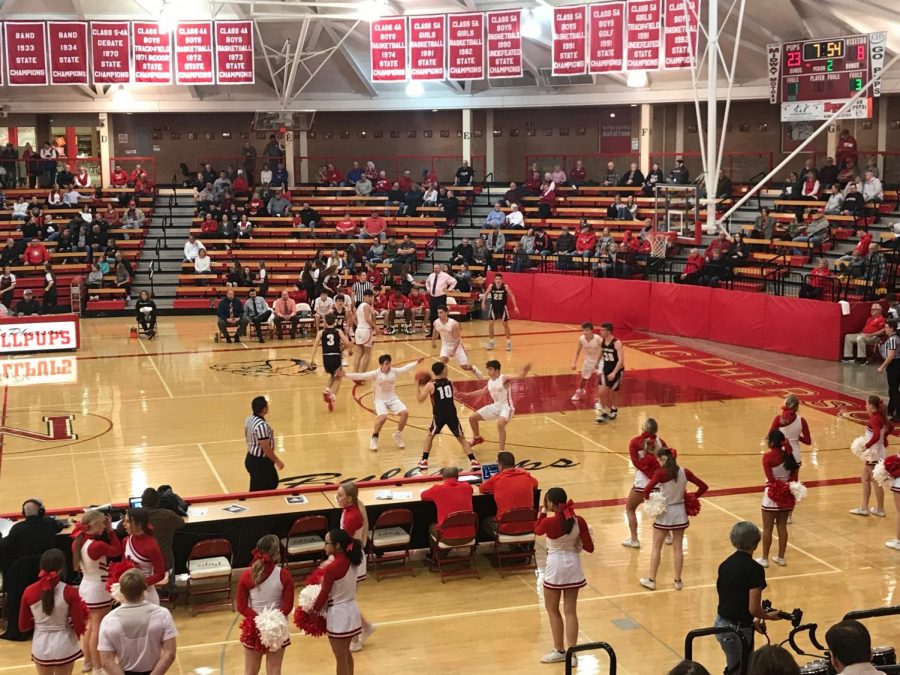 On Tuesday night the McPherson Bullpups boys basketball team faced El Dorado High School in the Roundhouse.
The Pups started out the game with a 9-0 drive. The Pups ended the first quarter with a score of 23-8. Pups kept the lead through the second quarter ending the first half 46-22. McPherson High Bullpup, Eli Pyle made four out of his five three-point attempts on Tuesday night. Pyle and teammate Cody Stufflebean were the top shooters for McPherson for the night with fourteen points each. After the half, the Pups went on to score fourteen points in the third and the Wildcats scored thirteen.
The Pups continued to score throughout the fourth-quarter scoring and additional thirteen points while the Wildcats scored eleven. The McPherson Bullpups ended the game victorious with a final score of 73-46.
Next week the Bullpups will face Winfield High School at the roundhouse for the Homecoming game. They will be announcing the homecoming king and queen. Thanks to the McPherson Softball girls and families for helping support the Bullpups by running concession stands. The theme for the student section is wearing your grade color. Freshmen wear orange, sophomores are yellow, juniors are pink, and seniors wear red.