A Prophecy for the Future? 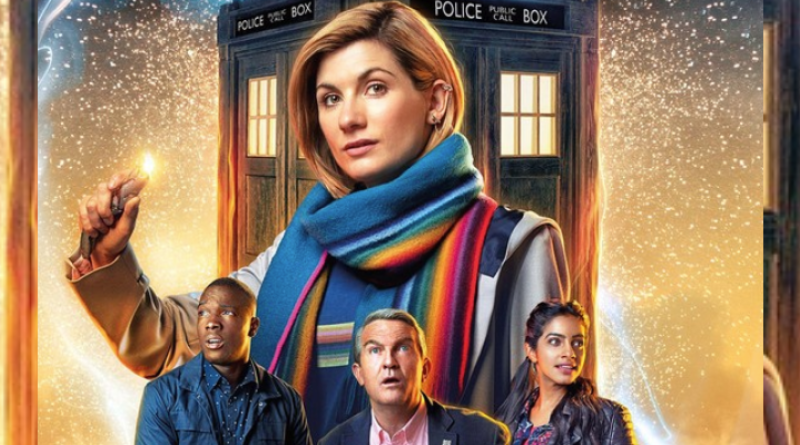 On Sunday, January 12th, 2020, the overseas television channel, BBC, released the newest episode of the well known TV show, Doctor Who, called Orphan 55. The episode, at first, is seen in a playful and joking manor, as the Doctor (Jodie Whittaker) and her companions, Yasmine Khan (Mandip Gill), Ryan Sinclair (Tosin Cole), and Graham O’Brien (Bradley Walsh) are cleaning up the scene of a situation within the TARDIS (Time And Relative Dimension In Space), The Doctor’s spaceship and time machine. Graham is putting together six sides of a cube, explaining that they were coupons for a free resort trip. They are almost immediatley teleported to the Tranquility Spa with Hyph3n, (Amy Booth-Steel), lovers Benni and Vilma (Col Farrel and Julia Foster), Bella (Gia Ré), Nevi (James Buckley) and his son, Sylas (Lewin Lloyd).

After an attack on the resort involving a creature known as a Dreg, Benni goes missing, and many other visitors of Tranquility Spa are revealed as dead.With Kane and Vorm (Laura Fraser and Will Austin), the group go to explore the planet around the resort in order to save Benni, each equipped with special O2 tanks that restore their levels in a pure oxygenated space.

They are attacked and find old tunnels that lead back to Tranquility Spa, leaving Vorm, Benni, and Hyph3n, all dead, behind at the truck. Vilma sacrifices herself for the group, allowing them to escape further into the tunnels. They discover a sign that reads in Syrrian, revealing that Orphan 55, an inhabitable planet is actually Earth. The group, to reach the spa, must next travel through a Dreg nest and The Doctor, low on 02, inspects a sleeping Dreg. It’s sleeping breath restores her tank levels, and she touches it’s head, revealing to her what the Dreg really is, and how it can breathe in Carbon Dioxide, and Oxygen out.

Kane saves her when the Dreg wakes up, staying behind so the group can make it to the spa. They find Bella setting up bombs, Ryan following behind her.

As the episode comes to a close, the Doctor also reveals to her companions that the Dregs are them. Humans, adapted to live in an inhabitable planet, after being abandoned by their own kind.

This episode leaves a lot to for fans to wonder. On one hand, those who have watched the show from the beginning can undoubtedly agree that it’s returning to its root meaning, to teach history, and scientific facts, and possible future consequences. Could this episode be a prediction for Earth, a million years in the future?

The episode ended with a final line from The Doctor. “‘People can save planets, or wreck them. That’s the choice. Be the best of humanity. Or…’”