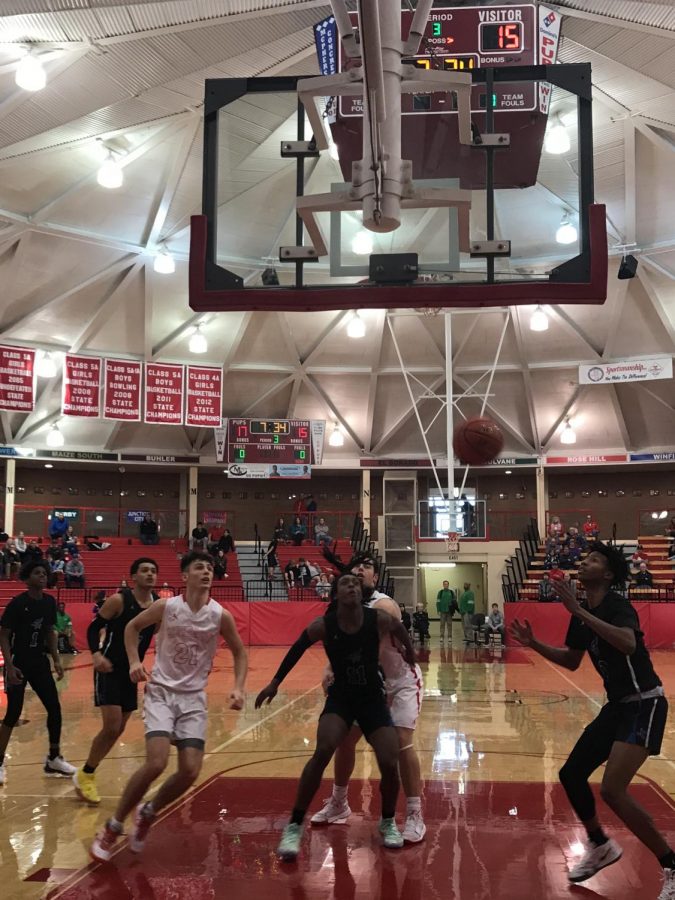 Both teams going hard on the court.

Friday, January 24th, they won against Wichita-North 67-48. The score was 44-31 against Junction City on January 25th, McPherson and Junction city met for the first time since 1978 and the Bullpups win of Junction city wins them 5th in the tournament. Cody Stufflebean scored 12 points for the Bullpups during their win against Junction City. The Bullpups and Bluejays have played 85 times and Mac holds the series lead 57-28. Blue Valley owned much of the first half. The Redskins won their first game of the season and took 7th in the McPherson Invitational.

McPherson cheerleaders performed on Saturday at the tournament to support to Bullpups. The event was sponsored by CHS, Central Christian College, Emprise Bank, McPherson College, and Viega.

All teams left all their efforts out on the court. The determination of all the teams is nothing short of entertaining to watch! Congratulations to all teams no matter the ranking. Thank you on behalf of McPherson for everyone who came and attended the games. Be sure to come out next year for McPherson 57th annual invitational.