A Mind Blowing Win From the Bullpup Basketball Boys 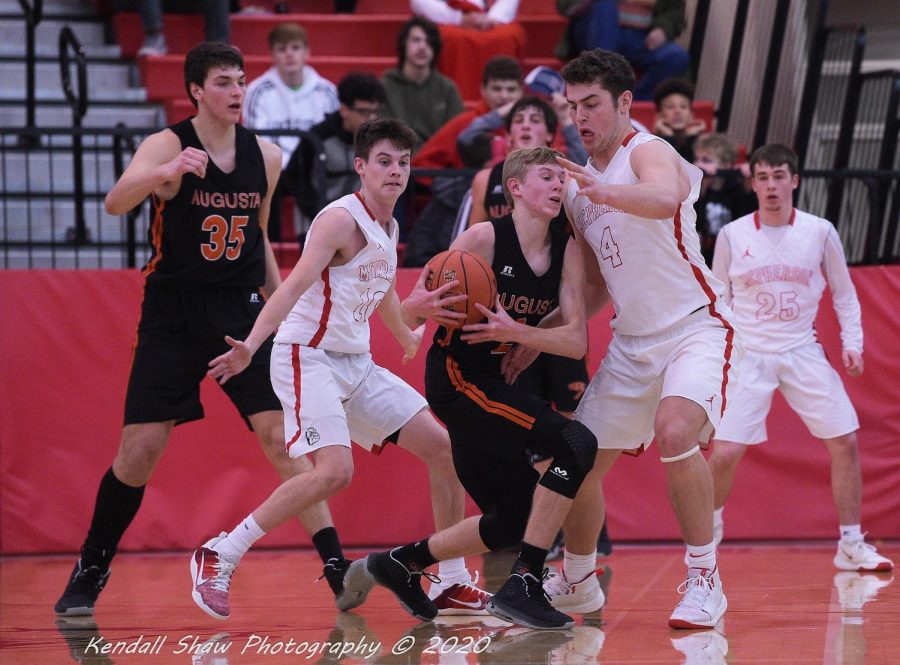 Bullpups going hard against the Orioles.

McPherson Basketball varsity boys had an extravagant win 67-51 against Augusta on Tuesday night. The Bullpups are now 5-3. Between the two teams, the skill level was about the same. The Bullpups came out on top with their determination and their enthusiasm for the game of basketball.

The score was 14-8 at the beginning of the second quarter. Jason Schowengerdt, senior at MHS, said, ¨the highlight of the game was Hayes buzzer-beater.¨ Bullpups had a 29-26 lead with :05 left in the second quarter due to Eli Pyle scoring a 3. Eli Pyle, Junior, shooting guard, said,¨I think the game went very well and played well as a team. We could have handled the pressure of their 1-3-1 better in the first half. My best highlight was my 3 pointer right before the half to put us up 3.”The score was 47-37 going into the fourth quarter. The game was close at the beginning of the game, but the Bullpups took over in the fourth quarter.

Both teams had a lot of scoring opportunities. Andrew Hallgarth, sophomore, said, “Pups out-hustled them, outplayed them, and played tougher defense.” Even though Bullpups made some mistakes, they still made up for it by being where they needed to be at the right time.