Bullpups Hit a Bump in the Winning Streak Against Andover Central 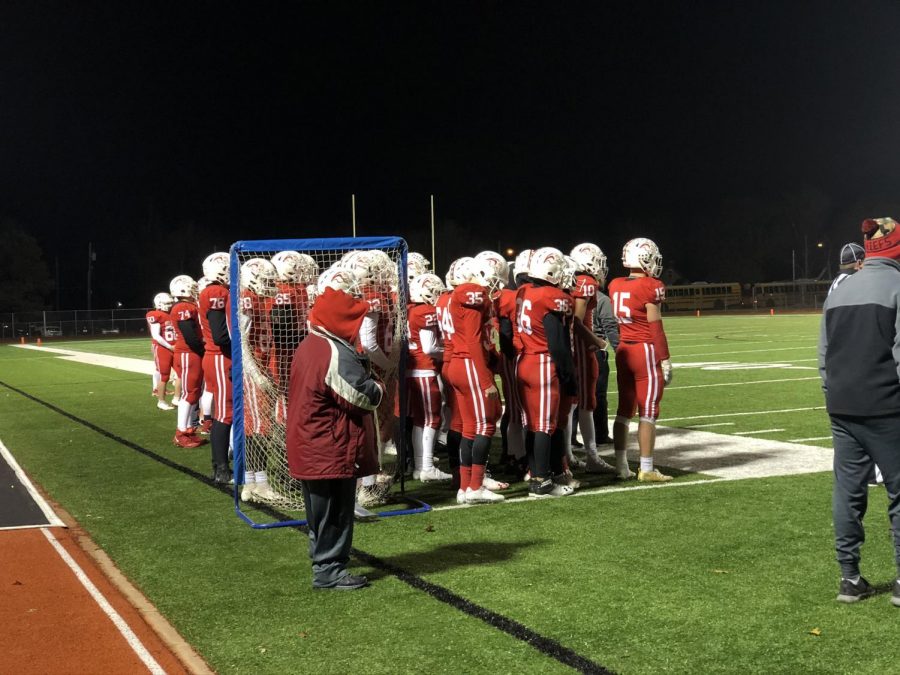 McPherson High School football boys tied the school record for wins in a season with 11. Bullpups had semifinals on Friday, November 22nd against the Jaguars in class 4A and fought hard but suffered a loss, the game ended 0-7 Jags. For the third year in a row, Bullpups have made it to the semifinals but have gotten stuck in the same position. The impressive season made a big impact on how the players will continue with their football career.
With the clock winding down in the 1st with about twelve minutes left in the quarter the score was 0-0, but unfortunately, the Jaguars scored a touchdown making the score 0-7 after the field goal. During half time the score remained 0-7 as the Bullpups were still fighting. In the 4th quarter, Bullpups and Jaguars were going hard. When the Bullpups got all the way to the three-yard line they got a penalty and had to back up.
Bullpups had the chance to get on the board but the Jaguars were one step ahead.McPherson high school football boys suffered a heartbreaking loss as they fought all the way to the last three minutes.
The McPherson high school football team has grown a lot this season.Will Wheat, waterboy ansd manager said, “I love my team and we cheered for eachother.”With team bonding and their skills increasing the football team has had one of their best seasons yet. The Bullpups have 17 seniors who have led the team thus far and will be passing the torch as they graduate at this year’s end. The senior class has developed a chemistry throughout the team and has helped each player grow stronger. The Bullpups have had a huge impact on the way they play and got better everyday.