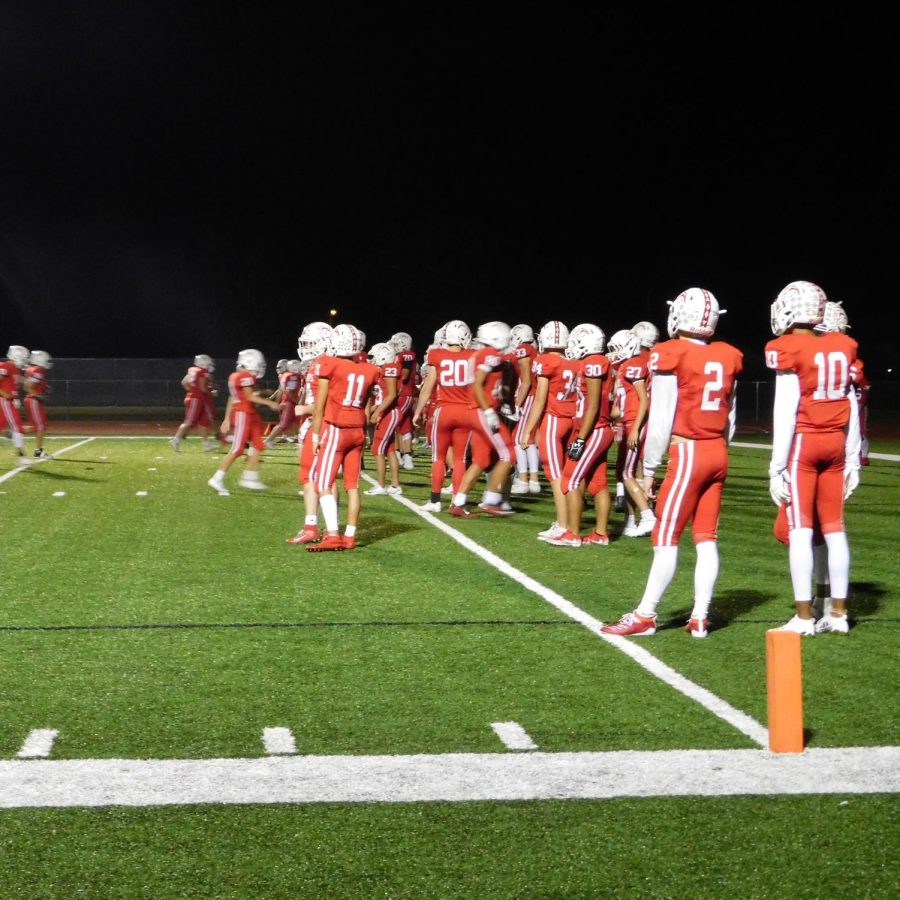 It’s no secret that our MHS football team has been on a roll.  The stands have been packed full as the football team continues to be on a winning streak. Coach Pavlovich said, “Our work ethic over the course of the last several years has been great.  Those that are committed to each other work year round to make sure they can be counted on when the time comes.”  The teams last game against Goddard Nov. 8, was another win added to their streak.  With an intense game of 14-8 we won another victory.

The teams triumph began the Homecoming football game against Buhler Oct. 4.  As both of the teams were 4-0, the crowds were pumped with enthusiasm. McPherson won the game and hasn’t lost since.  Pavlovich said, “Our guys want to win.  Motivation <is> not a problem.

The overall McPherson High School football teams score is 10-0.  District score 5-0 and nationally ranked at 1334. The team just won regionals and is now going to sub state.  Last year the team reached sub state and lost before they could get to state. This year, their hoping to make it all the way.  Pavlovich said, “We can control what we can control.  Our attitude, effort, enthusiasm has been great.”