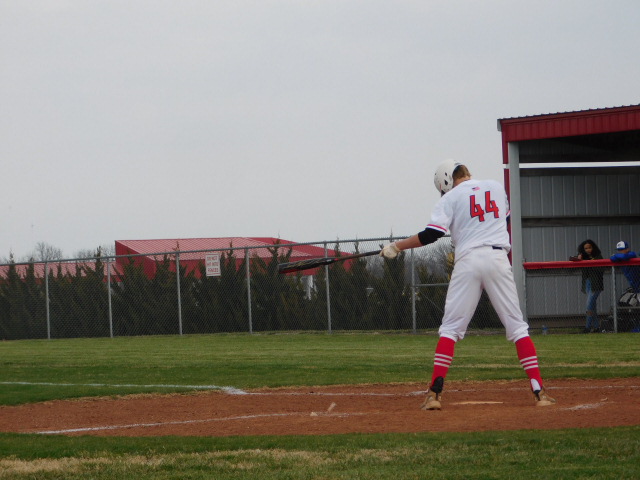 Simon Boese is up to bat

McPherson High School baseball boys had their big home game at the Grant Complex against Buhler Thursday, April 4th. Unfortunately JV and Varsity fell short of victory but both teams played hard. Varsity ended their first game with a score of 7-3 and their second game 8-0. Junior Varsity ended their first game with 17-4 and their second game 11-2.

The first inning for the varsity score was tied 1-1 but then Buhler got 6 runs in the fourth inning. When it got to the seventh inning McPherson scored two runs but not enough to beat Buhler. Honestee Whittker, senior at McPherson High School said before the game, “Our team is full of potential and I can see us making it far if we do better at hitting and making less mental errors.”

Varsity’s second game McPherson Bullpups out-hit Buhler eight to seven, but it wasn’t enough in a 7-3 loss on Thursday. McPherson Bullpups allowed five hits and seven runs while striking out two and walking one. McPherson Bullpups Varsity did good with the ball, racking up eight hits in the game. But Buhler pulled ahead with runs in the first and the fourth inning.