Sarah Lamm Presents About The Mars Rover To MHS Students 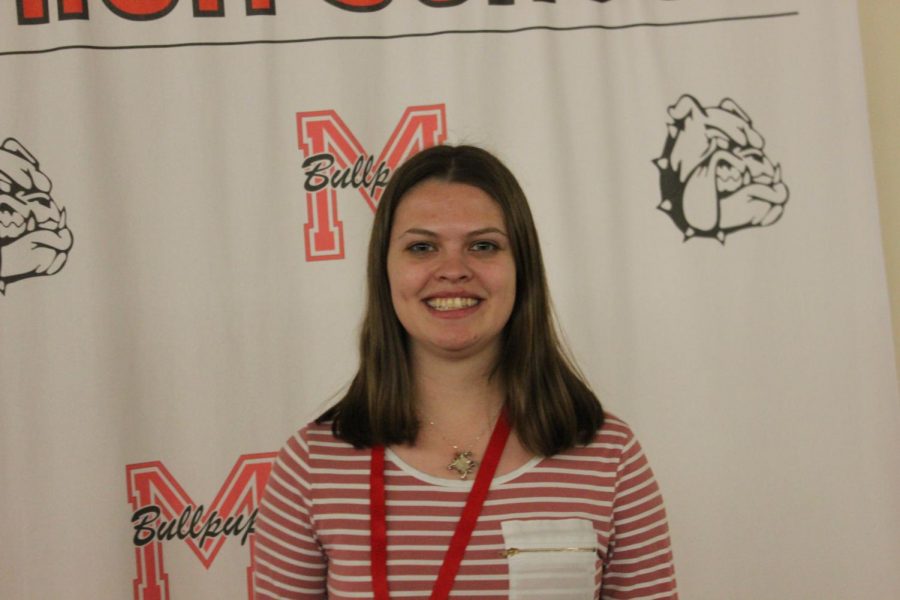 Thursday, March 21st Sarah Lamm spoke at the Kansas Cosmosphere in the morning and at McPherson High School during the sixth period.  Lamm spoke about the different rovers on Mars and the tool she was in charge of to approximately 40 students from Mr.Kornhaus robotics class.

Sarah Lamm is a NASA scientist.  Lamm has a triple major in chemistry, geology and geography from Kansas State and is pursuing her PhD at Northern Arizona State.  Lamm has also worked on the Mars Rover and worked with the ChemCam instrument onboard the rover.

Lamm encouraged the kids to pursue their dream, no matter what obstacles lie ahead.  Lamm talked about her story overcoming really bad migraines as a kid. Lamm said; “I was diagnosed at age 4 with chronic migraines. They never took migraines as something I should be missing school a lot for; So yeah I’m a big supporter about making accommodations to people’s disabilities.”

Lamm answered questions from audience members including her future goals and  funny conspiracy theories. Lamm talked about wanting to be an astronaut when she goes into her thirties. Lamm is currently 23 years old.  She shared her opinions on aliens and flat earth conspiracy theories. Lamm said, “There is no way the earth can be flat because the gravity pulls everything back in to a compressed sphere.” Lamm did a short presentation to show the kids how it’s impossible. Lamm than shared her opinions on NASA having aliens. Lamm said, “As far as I know there’s no aliens and if there were, they would not trust me with that information. And, If there was aliens, it would have been leaked because people can’t keep secrets.”

Lamm concluded, “If you like science we’re constantly looking for future astronauts, and even if your not interested in science, pursue your dreams because, we need people to be teachers, doctors and journalists to change the future.”