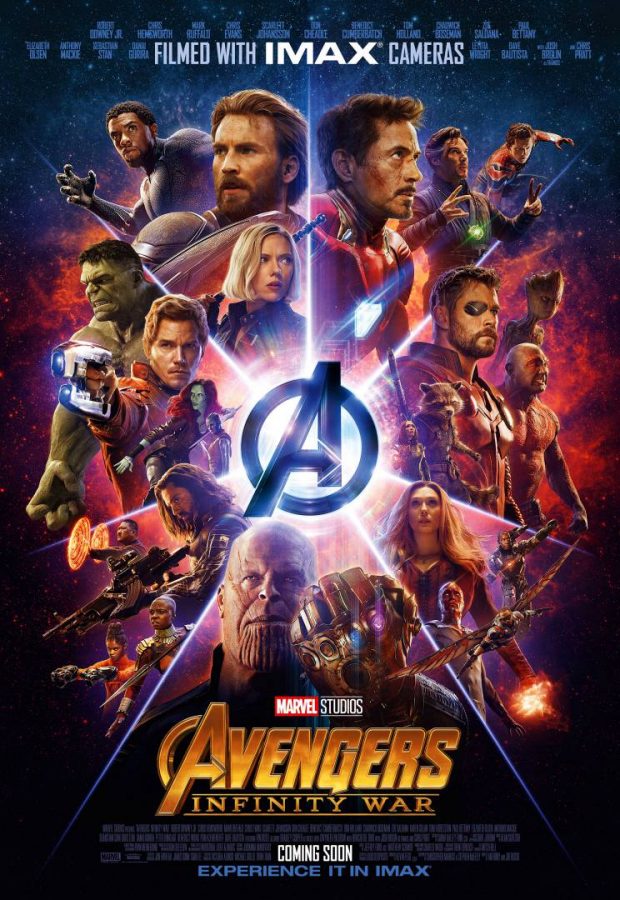 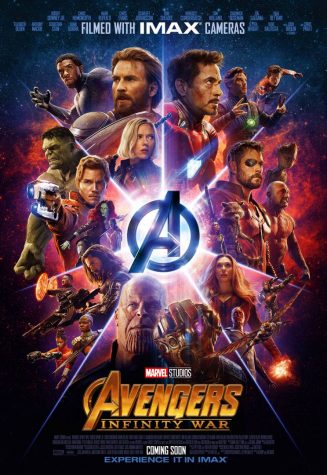 Marvel Studios has done it again, with yet another amazing film, a beautiful story line, and perfectly timed jokes. In a collision of The Avengers, The Guardians of the Galaxy, and Black Panther, Thor, Hulk, and Spider Man this movie, since Thursday, April 27th, 2018, has smashed box office records, earning $250 million! That’s more than Star Wars: The Force Awakens, which previously held the record, made in it’s opening weekend. Avengers: Infinity War has taken the world by storm, and it’s easy to understand why. The whole cast and crew of the movie were great, from the script writers, to the acting, to the editing.

As good as it was, it was also heartbreaking. I, personally, was not ready for this film. I’m still not accepting most of what happened. No matter how prepared you believe you are, trust me when I say you will want to scream and throw something at the screen. Theaters were packed, people cried, laughed, cheered, applauded even. Not to mention the Post Credit scene, because come on, this is Marvel we’re talking about. The Post Credit scene was shrouded in mystery and tears, and people all over the world are trying to figure out what it means.

Many believe a new hero will be brought it, like the golden cocoon revealed in the Post Credit scene of Guardians of the Galaxy Vol. 2. Whoever, or whatever, is inside was addressed by the golden High Priestess as Adam. 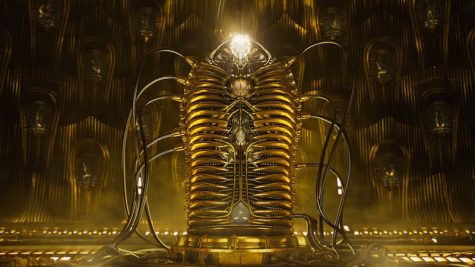 Many also believe that this mysterious cocoon is Captain Marvel, another hero of the Marvel Cinematic Universe. People also say that that is illogical, I don’t know why, though. They agree that the hero being brought it is possibly Captain Marvel, but it seems that no one can fully agree on where this new hero is coming from.

To the delight, and dismay, of many MCU lovers, this movie was split into two parts, like the 7th and 8th Harry Potter movies. The second half airs May 3, 2019, and I don’t know about everyone else, but I cannot wait for this movie to come out, and for everything to be resolved, and back to normal.

Now, if someone were to ask me to give a simple, spoiler free explanation of my feelings, I would have trouble with that, but I think that I would say something along the lines of: ‘I was not ready, nor will I ever be ready!’

It is official, though, this movie is a must see, gift given from the creators and writers and cast of the Marvel Cinematic Universe. Go see it.