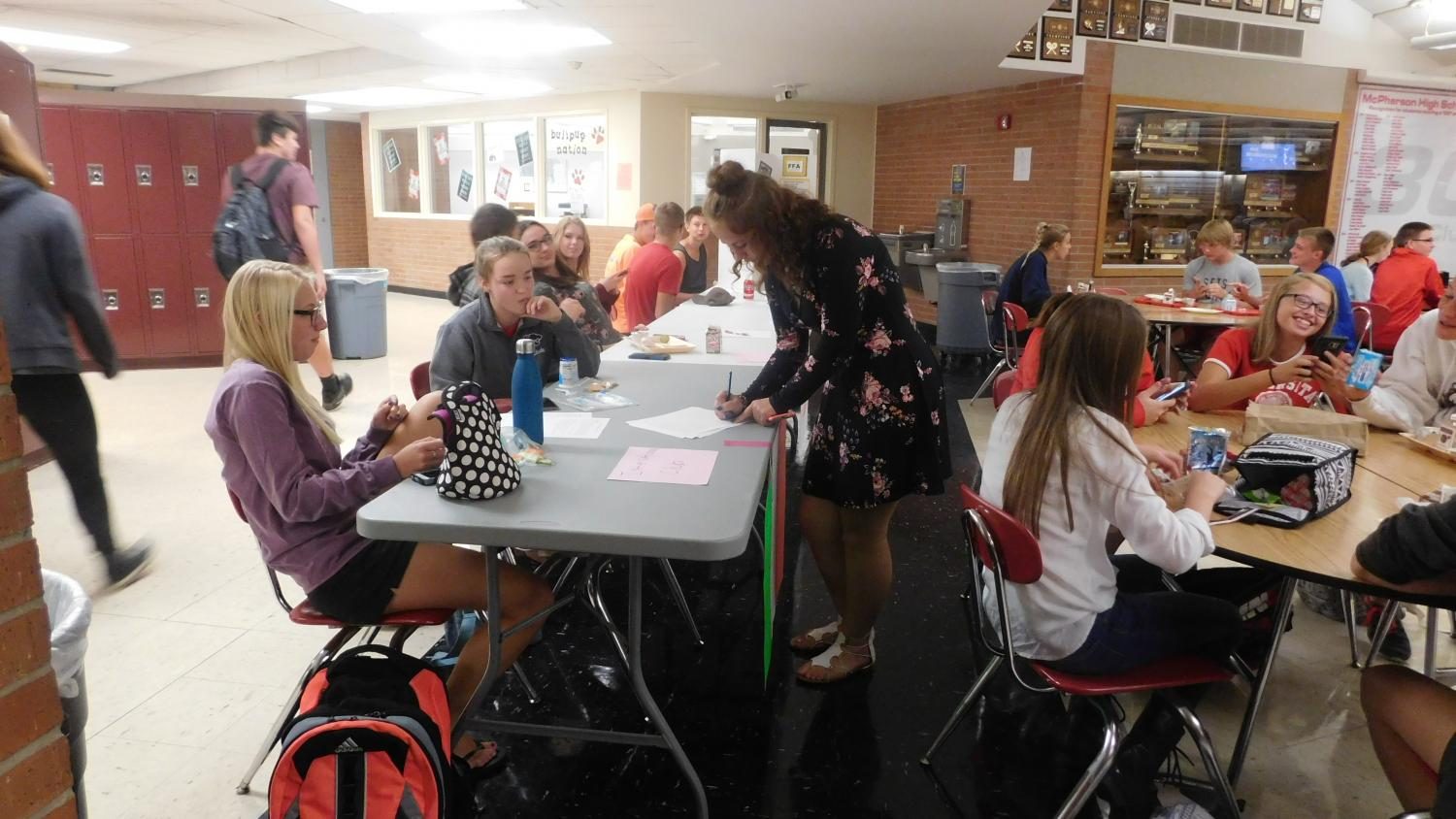 Students signing up for clubs

The annual club fair is back at the McPherson High School ready to kick off the year. Majority of the clubs have been established for a while but there are a few new ones. The MHS club fair is a great way for students to be involved with the school and their peers. The Youth Advisory Council is a big part of the high school, along with KAY club, FCCLA and many others.

“The Youth Advisory Council does the seat belt checks, and we tally to see who is wearing their seat belt or not and that’s to promote people to wear their seat belts,” says Hannah Kirchner a member of the club.

Every club has a goal for the year whether it’s to raise money and awareness or just to bring peers closer together, the club fair is a good thing for students who aren’t really sure what they want to do or how they want to go about being involved with the school.

“Our goal is to give back to the community throughout the whole year.” says Emily Smith. Many students are joining clubs such as FCCLA and KAYS for community service and to become a leader in the community.

Each year there are usually the same clubs, but this year there is a brand new one and a couple that have been around and are now gaining in popularity. It doesn’t take much time to walk around during your lunch and look at the different clubs and hear what their representatives have to say and there is always something for everyone and going to the club fair is a way to find what is a good fit for you.