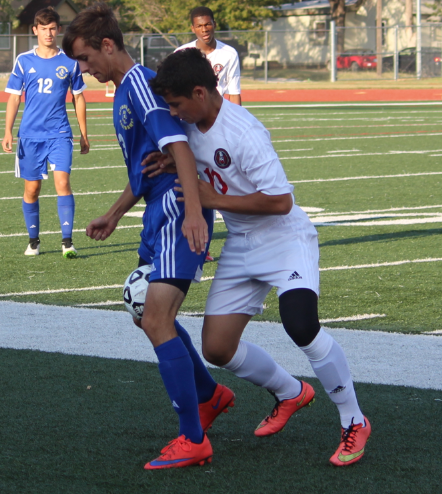 MHS soccer boys hosted a game against Hutchinson on September 24th, 2015. Previously, they beat Augusta with a final score of 4-1. The boys have a few difficulties that they intend on improving throughout the season.

“We had some problems out on the field like not talking to each other. Yesterday wasn’t a really good game for us as a team,” said senior varsity goalkeeper Sam Minnick.

Even though the boys didn’t communicate as well as they wanted against Augusta, they are willing to work on it for the Hutchinson game.

“It’s harder for us to play against a better matched up team so I think we will come out fired up and ready to play,” said Jose Arriola. “Hutch is a good team but as long as we work together we will be fine.”

After experiencing the problems the team had with communication against Augusta, they were determined to stay focused and work as a team. The bullpups beat Hutchinson 1-0. Goal was scored by Patrick Munsey